Christian Timmerer an assistant professor in the Department of Information Technology (ITEC), Multimedia Communication Group (MMC), Klagenfurt University, Austria. He has participated in ISO/MPEG work for several years, notably in the area of MPEG-21, MPEG-M, and MPEG-V.

MPEG news: a report from the 101st meeting, Stockholm, Sweden 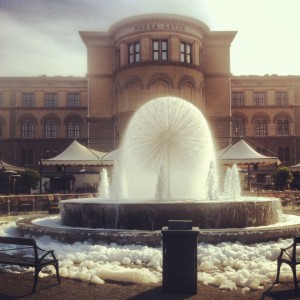 The 101st MPEG meeting in Sweden

The 101st MPEG meeting was held in Stockholm, Sweden, July 16-20, 2012. The official press release can be found here and I would like to highlight the following topics:

The Committee Draft (CD) of MPEG-H part 1 referred to as MPEG Media Transport (MMT) has been approved and will be publicly available after an editing period which will end Sep 17th. MMT comprises the following features:

This list of ‘features’ may sound very high-level but as the CD usually comprises stable technology and is publicly available, the research community is more than welcome to evaluate MPEG’s new way of media transport. Having said this, I would like to refer to the Call for Papers of  JSAC’s special issue on adaptive media streaming which is mainly focusing on DASH but investigating its relationship to MMT is definitely within the scope.

HEVCs’ next step towards completion: DIS

The approval of the Draft International Standard (DIS) brought the HEVC standard one step closer to completion. As reported previously, HEVC shows inferior performance gains compared to its predecessor and real-time software decoding on the iPad 3 (720p, 30Hz, 1.5 Mbps) has been demonstrated during the Friday plenary [1, 2]. It is expected that the Final Draft International Standard (FDIS) is going to be approved at the 103rd MPEG meeting in January 21-25, 2013. If the market need for HEVC is only similar as it was when AVC was finally approved, I am wondering if one can expect first products by mid/end 2013. From a research point of view we know – and history is our witness – that improvements are still possible even if the standard has been approved some time ago. For example, the AVC standard is now available in its 7th edition as a consolidation of various amendments and corrigenda.

After the Joint Video Team (JVT) which successfully developed standards such as AVC, SVC, MVC and the Joint Collaborative Team on Video Coding (JCT-VC), MPEG and ITU-T establish the Joint Collaborative Team on 3D Video coding extension development (JCT-3V). That is, from now on MPEG and ITU-T also joins forces in developing 3D video coding extensions for existing codecs as well as the ones under development (i.e., AVC, HEVC). The current standardization plan includes the development of AVC multi-view extensions with depth to be completed this year and I assume HEVC will be extended with 3D capabilities once the 2D version is available.

In this context it is interesting that a call for proposals for MPEG Frame Compatible (MFC) has been issued to address current deployment issues of stereoscopic videos. The requirements are available here.

Call for Proposals: SVC for HEVC

In order to address the need for higher resolutions – Ultra HDTV – and subsets thereof, JCT-VC issued a call for proposals for HEVC scalability extensions. Similar to AVC/SVC, the requirements include that the base layer should be compatible with HEVC and enhancement layers may include temporal, spatial, and fidelity scalability. The actual call, the use cases, and the requirements shall become available on the MPEG Web site.

Part 3 of MPEG-H will be dedicated to audio, specifically 3D audio. The call for proposals will be issues at the 102nd MPEG meeting in October 2012 and submissions will be due at the 104th meeting in April 2013. At this meeting, MPEG has hosted a 2nd workshop on 3D audio with the following speakers.

The report of this workshop including the presentations will be publicly available by end of August at the MPEG Web site. 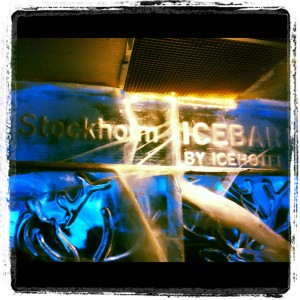 Impressions from the 101st meeting

Finally, MPEG is starting to explore a new area which is currently referred to as Green MPEG addressing technologies to enable energy-efficient use of MPEG standards. Therefore, an Ad-hoc Group (AhG) was established with the following mandates:

AhGs are usually open to the public and all discussions take place via email. To subscribe please feel free to join the email reflector.