ACM Fellows in the SIGMM Community

Multimedia can be defined as the seamless integration of digital technologies in ways which provide for an enriched experience for users as we create and consume information with high fidelity.  Behind that definition lies a host of enabling digital technologies to allow us create, capture, store, analyse, index, locate, transmit and present information. But when did multimedia, as we now know it, start?  Was it the ideas of Vannevar Bush and Memex, or Ted Nelson and Xanadu or the development of Apple computers in the mid 1980s or maybe the emergence of the web which enables distribution of multimedia?

Certainly by the early 1990s and definitely by 1993 when SIGMM was founded, multimedia was established and 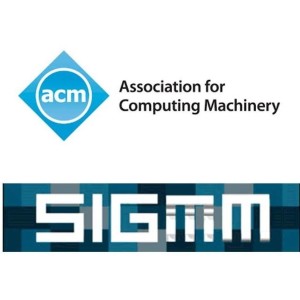 recognised as a mainstream activity within computing. Over the intervening two and a half decades we’ve seen tremendous progress, incredible developments and a wholesale adoption of our technologies right across our society.  All this has been achieved partly on the backs of innovations by many eminent scientists and technologists who are leaders within our SIGMM community.

We recently saw two of our SIGMM community elevated to the grade of ACM Fellow, joining the 52 other new ACM Fellows in the class of 2017. Our congratulations go to Yong Rui and to Shih-Fu Chang for their elevation to that grade. Yong had a lovely interview for SIGMM on the significance of this honour for him as a researcher, and for us all in SIGMM, which is available at http://sigmm.org/news/interview-dr-yong-rui-acm-fellow and its worth reflecting on some of our other SIGMM family who have been similarly honoured in the past.

While checking SIGMM membership is an easy thing to do (though its a bit more difficult to check back throughout our membership history) it is a bit arbitrary to define who is and who is not part of our SIGMM “family”.  To me its somebody who is, or has been, an active participant or organiser of our events, or a contributor to our field. Our SIGMM family includes those I would associate with SIGMM rather than any other SIG, and with ACM rather than with any other society.

In the class of new ACM Fellows for 2017 Shih-Fu Chang is elevated “for contributions to large-scale multimedia content recognition and multimedia information retrieval”. Shih-Fu is my predecessor as SIGMM chair and still serves on the SIGMM Executive as well as maintaining a hugely impressive research output.  He won the SIGMM Outstanding Technical Achievement Award in 2011.

– Yong Rui was also elevated to ACM Fellow in 2017 “for contributions to image, video and multimedia analysis, understanding and retrieval”.  Yong is a long-time supporter of SIGMM Conferences as well as a regular attendee and major contributor to our field.

– Wen Gao of Peking University is vice president of the National Natural Science Foundation of China and was a co-chair of ACM Multimedia in 2009. He is also on the advisory board of ACM Transactions on Multimedia Computing, Communications, and Applications (TOMM) and was elevated to ACM Fellow in 2013 “for contributions to video technology, and for leadership to advance computing in China”.

– Zhengyou Zhang was also elevated in 2013 “for contributions to computer vision and multimedia” and continues to serve the SIGMM community, most recently as Best Papers chair at MM 2017.

– Klara Nahrstedt (class of 2012) was elevated “for contributions to quality-of-service management for distributed multimedia systems” and has served as SIGMM Chair prior to Shih-Fu. In 2014 Klara won the SIGMM Technical Achievement Award and until last year she also served on the SIGMM Executive Committee.

– Joe Konstan (class of 2008) was elevated “for contributions to human-computer interaction” and he also won the ACM Software System Award in 2010. Joe was the ACM MM 2000 TPC Chair and was on the SIGMM Executive Committee from 1999 to 2007.

– HongJiang Zhang (class of 2007) was elevated to Fellow “for contributions to content-based analysis and retrieval of multimedia”.  HongJiang also won the 2012 SIGMM Outstanding Technical Achievement Award and he has a huge publications output with a Google Scholar h-index of 120.

– Ramesh Jain (class of 2003) was elevated “for contributions to computer vision and multimedia information systems”. Ramesh remains one of the most prolific authors in our field and a regular, almost omnipresent, attendee at our major SIGMM conferences. In 2010 Ramesh won the SIGMM Outstanding Technical Achievement Award.

– Ralf Steinmetz (class of 2001) was elevated for “pioneering work in multimedia communications and education, including fundamental contributions in perceivable Quality of Service for multimedia systems derived from multimedia synchronization, and for multimedia education”. Ralf is also the winner of the inaugural  ACM SIGMM Technical Achievement Award, presented in 2008 and between 2009 and 2015 he served as Editor-in-Chief of the ACM Transactions on Multimedia Computing, Communications, and Applications (TOMM), formerly known as TOMCCAP.

– Larry Rowe (class of 1998) was elevated “for seminal contributions to programming languages, relational database technology, user interfaces and multimedia systems”.  Larry is a past chair of SIGMM (1998-2003) and in 2009 he received the SIGMM Technical Achievement Award.

– P. Venkat Rangan was elevated to ACM Fellow in 1998. At the recent ACM MM Conference in 2017, we had a short presentation on the first ACM MM Conference in 1993 and Venkat’s efforts in organising that first MM was acknowledged in that presentation. Venkat’s ACM Fellowship citation says that he “founded one of the foremost centers for research in multimedia, in which area he is an inventor of fundamental techniques with global impact”.

What is interesting to note about these awardees is the broad range of areas in which their contributions are grounded, covering the “traditional” areas of multimedia. These range from quality of service delivery across networks to analysis of content and from user interfaces and interaction to progress in fundamental computer vision.  This reflects the broad range of research areas covered by the SIGMM community, which has been part of our DNA since SIGMM was founded.

Our ACM Fellows are a varied and talented group of individuals, each richly deserving of their award and their only single unifying theme is broad multimedia, and that’s one of our distinguishing features. In some SIGs like SIGARCH (computer architecture), SIGCSE (computer science education) or SIGIR (information retrieval), there’s a focus on a narrow topic or a challenge while in other SIGs like SIGCHI (computer human interaction), SIGMOD (management of data) or SIGAI (artificial intelligence), there are a broad range of research areas.  SIGMM sits with those areas where our application and impact is broad.